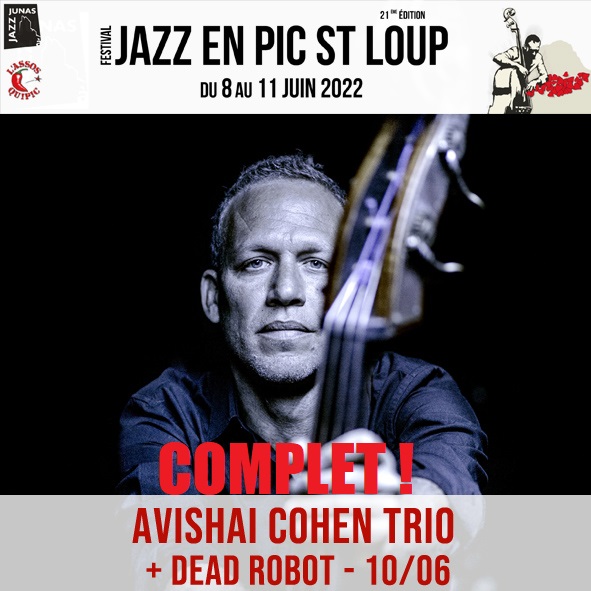 Double bass player Avishai Cohen stopped at the Jazz en Pic St Loup festival in June, for an evening under the sign of refinement.

In the 2000s, Avishai Cohen established himself as a leader on the international scene in trio format. As an admirable scout of young talent, he is offering a new and original trio this summer with Elchin Shirinov on piano (with whom he has been collaborating since 2019) and, on drums, the young Roni Kaspi.

The concert revolved around new compositions and others from the album Arvoles, released in 2019 and which marks a return to the sources where Avishai pays tribute in particular to its origins (arvoles meaning trees in Ladino, dialect spoken by the Sephardim of Spain). An airy and subtle sound springs from the double bass of Avishai Cohen which merges with the lines of the piano and the drums, echoing a perfect balance between the three musicians.