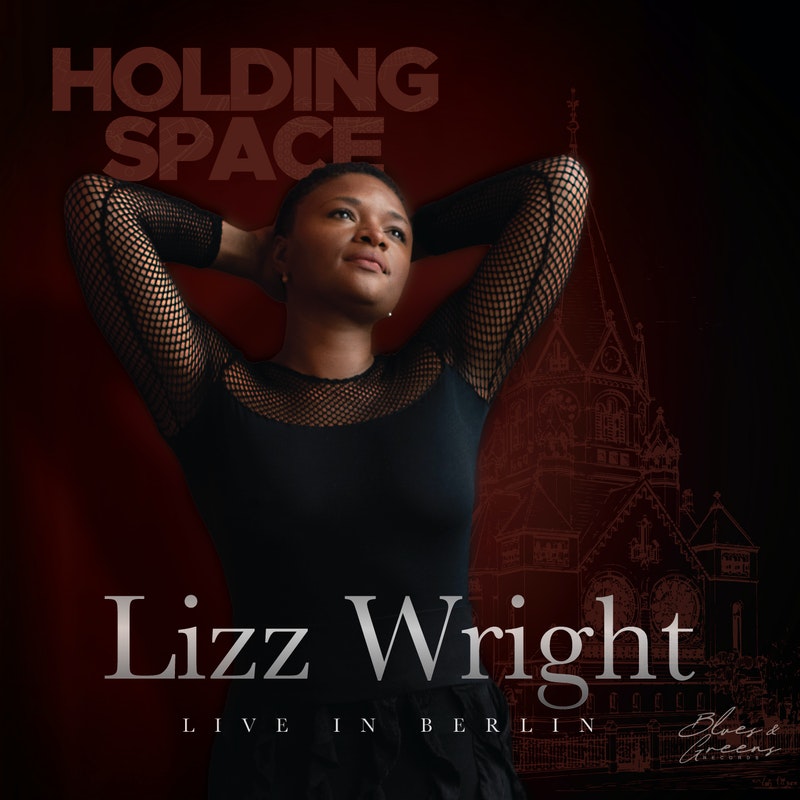 “THANK YOU to my family and team for this birth date of the HOLDING SPACE live record and BLUES & GREENS Label!!
I love you and I hope you’re taking a moment to celebrate what we’ve ushered in. Album and short film are out now!”
Lizz Wright

Lizz Wright, the inexhaustibly soulful singer and songwriter, made her debut on Verve almost 20 years ago. Since then, she’s recorded for the Verve Forecast imprint and for Concord Records, earning a loyal audience and no shortage of critical acclaim. But she ventures into something new with a live album called Holding Space — the first release on her own Blues and Greens Records, available next Wednesday (June 15).

The album, produced by Christian Ulbrich, captures a 2018 concert at Columbia Theatre in Berlin, Germany, toward the end of a summer tour. During the height of pandemic lockdown two years later, Wright was struck by the vibrancy of that recording, and what it affirmed about the two-way communication between an artist and an audience.

A short film also titled Holding Space, produced by Monica Haslip and Lynne Earls, will officially premiere on Saturday at City Winery in New York, as part of a concert by Wright and her band. WBGO is proud to feature the film a day early; along with excerpts from the album and footage from the road, it includes interviews with Wright and her band mates, reflecting on what was then still a disorienting new reality of social distancing.