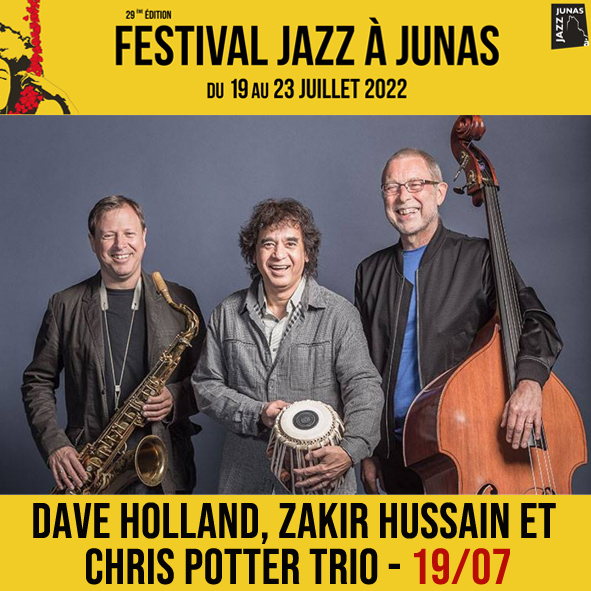 Dave Holland, who is one of the most famous bass players since he was chosen by Miles Davis, has never stopped questioning himself. His career is defined by the quest for new musical contexts, new exchanges with the best. With Crosscurrents, he has found another group in which his improvisational instincts and his beautiful sound allow him to express himself fully.

“Good Hope” is a masterfully crafted album by three giants of American and Indian music. Three of the best in the world on their respective instruments.

Coming from an intuition of Zakir Hussain to form this group under the name of Crosscurrents, the trio is built on a mutual love and respect for each other’s playing and the subtle integration of different universes and different approaches to music to form a coherent whole.

Chris Potter, who released his recent album Circuits on Edition Records earlier in 2019, is a generation after Zakir Hussain and Dave Holland. But his musical language, his creative intensity and the mastery of his instrument are comparable to those of his colleagues. At home on almost any style, tempo, harmony or rhythmic situation, Chris Potter’s voice is powerful and impressive.

A legendary trio for an exceptional evening event from Tuesday July 19 in the Carrières de Junas!