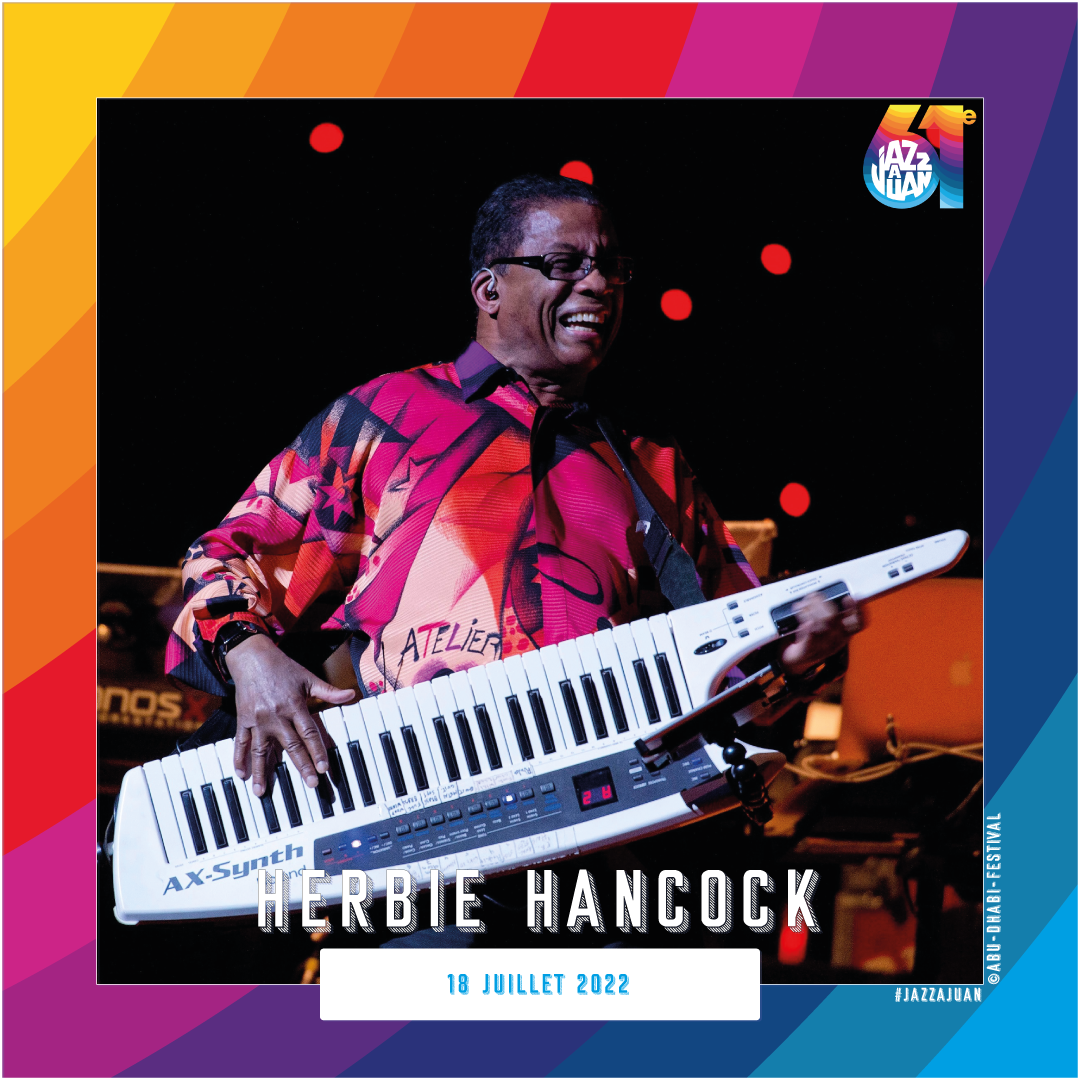 Few artists have explored such a broad musical palette as this living jazz legend, putting free jazz into his jazz-rock, glitter into his funk, electronic into his swing. Just as Gershwin put his stamp on the music of Broadway, Hollywood and American opera, Hancock opened up new horizons for jazz by influencing mainstream music trends and pop-funk fusion.

From his “acoustic” duet with Chick Corea (1978) to the electric and electronic “hit” (“Rock it” -1983), including tributes to Miles Davis and film scores (“Blow-Up” by Antonioni, “Around Midnight” by Bertrand Tavernier), He has never ceased to distribute in all directions and in all forms, with rare happiness, the fruits of his precocity and his musical generosity, combining with apparent ease a delicate touch and a phenomenal rhythmic play.