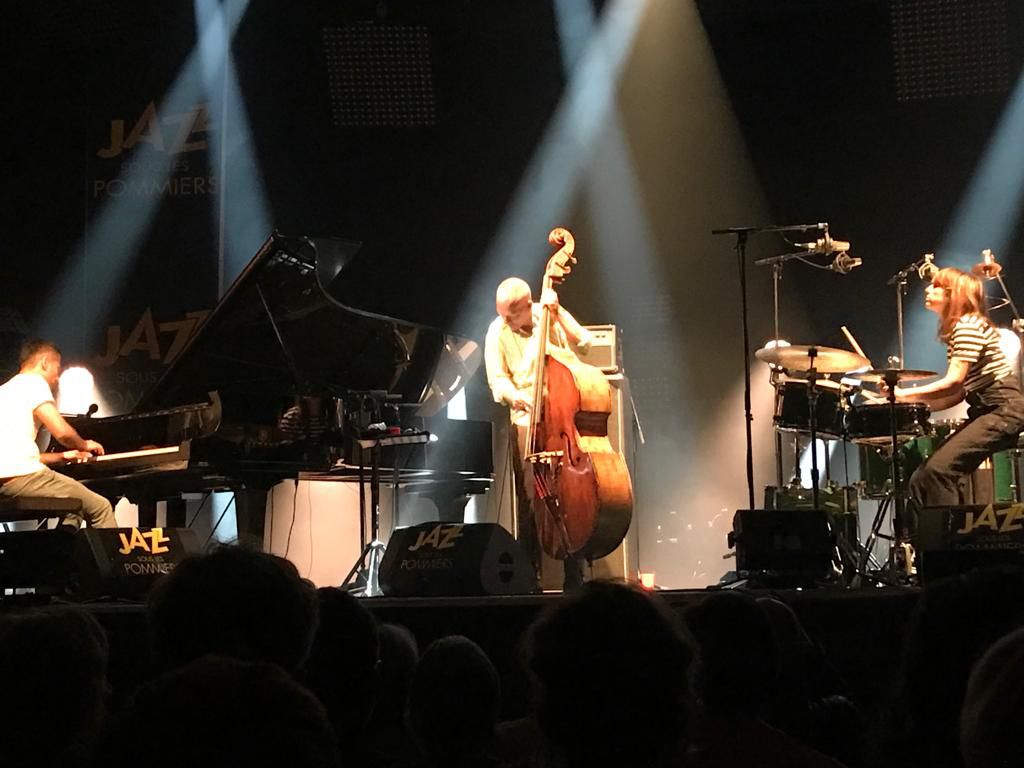 “Great concert by a trio that works wonderfully” Avishai Cohen Trio was on Saturday, May 28th for the end of the Festival Jazz sous les Pommiers 2022.

“And what a close! While we had lost the Israeli double bassist a bit when he started to sing, here he is back with a formidable power trio on the occasion of the release of his new album (“Shiffting sands” – Naïve And the least we can say is that this power trio is…powerful!
Great, great concert from a trio that works wonderfully, involved in all registers of the game and raising it to very high levels. Yet each member of the trio has an assertive personality. The double bass player first of all (one of the greatest today), living his instrument with passion, as if it were a woman in his arms.
Both tender and direct but also making his double bass sing in counterpoint with the desire to bring the instrument to the role of soloist in its own right. And his bowing is equally as incisive as it is melodic. Totally committed.
Echin Shirinov: these are the melodic phrases that flow naturally under his fingers, all in control, handling silences and stop choruses to better resonate the soft harmonies of his playing.
And then there is the discovery of this young Israeli drummer, barely 21 years old, overflowing with inventiveness and rhythmic revivals and who, during her solo, tilted the Marcel Helie hall into a 3rd dimension.
The audience gets a standing ovation and Avishai Cohen, as a reminder, decides to have fun singing, alone and with a bow, a three-bladed version of the standard “Sometimes I feel like a motherless child”.
Well no, Avishai, you are not alone, the whole Coutances public is behind you, standing and capsized.”

(NB: this concert will be listened to again on the Jazz Club of Yvan Amar on France Musique.)