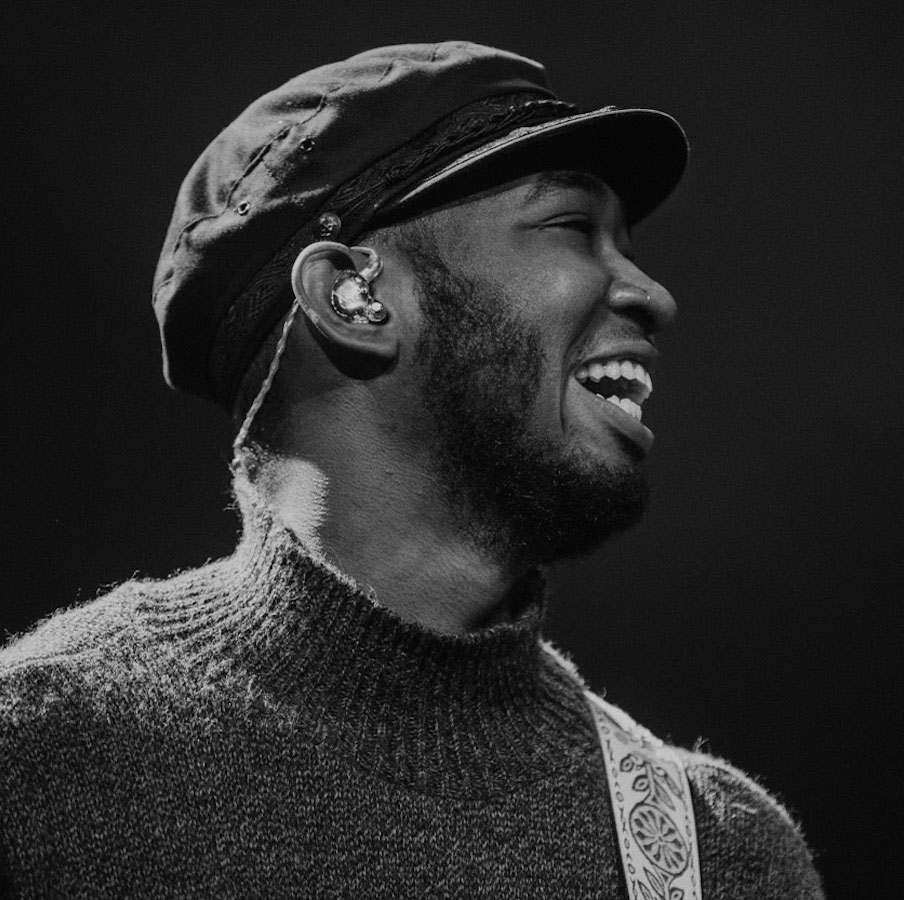 On July 6, the New Morning’s “All Stars” festival announced a historic concert. Demonstration made in two sets by Isaiah Sharkey and his group composed of Tim Tribitt on keyboards, Maurice Fitzgerald on bass and Eric Johnson on drums. In almost three hours, the group printed an incandescent rhythm merging all genres in a singular, irresistible style. From classic blues to furious rock, the kaleidoscopic sound claimed by Isaiah Sharkey goes through the metamorphosis of his guitar and his voice, forged in gospel, whose sensual timbre covers all soul tones.

First title, first clue, “Born Under A Bad Sign”, Albert King’s blues, which we know was covered by Jimi Hendrix on an adaptation by Booker T. Jones and William Bell. The rhythmic keyboard, bass, drums, inflexible and intense, immediately take the audience into the matrix of Chicago sound. “I believe in vibrations”, these are the words of Sharkey shortly before the concert, when asked about the choice of the word “love” common to the titles of his two albums: Love.Life.Live released in 2017 and Love is the Key: The Cancerian Theme in 2019. With a smile, he recognizes the urgency of maximizing universal love in the world, the power of which he grants to music, recalling some of the names of the incubator in which he has grown up: Herbie Hancock, Curtis Mayfield, Otis Redding, George Benson, Wes Montgomery, Lucky Peterson… not to mention his own father Michael Sharkey, and even Led Zeppelin. While recalling the struggle for life of a young man from Chicago, “anxious to be protected and to show peace and love”, positive and inspired indirect message which is found in a track from the last album “Amen”. 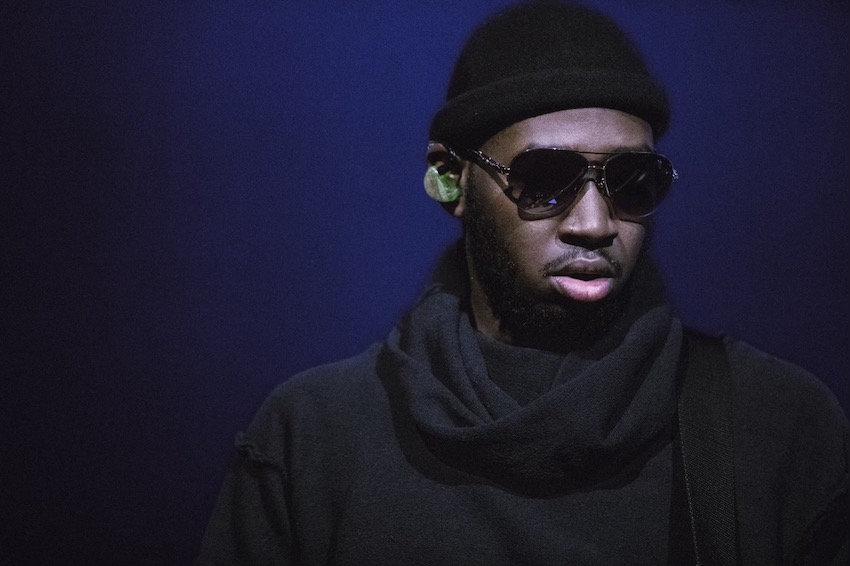 Prodigy spotted at the age of 12, sideman of many gospel artists, the guitarist went from church to jazz clubs, before being solicited by many international artists, such as John Mayer. In 2011, he toured with singer D’Angelo, including eleven concerts in Europe the following year. And it is with him that he won a Grammy Award for his participation in Black Messiah, released at the end of 2014 and Best contemporary R&B album. He is also part of the experimental collective The Drumhedz of Texan drummer Chris Dave, another legend of current hip hop, R&B or jazz, and another family of passionate virtuosos who motivate the rest of his career. The New Morning audience sings the lyrics to “It’s A Shame”, which appeared on his first album and recorded with DJ Jazzy Jeff, also an American producer known for his musical career with Will Smith. On stage, the version lingers on the melodic waves passing from the guitar riffs to the keyboard, relayed by the brushes sliding on the cymbals. Sharkey is well aware of the American neo-soul movement of the Soulquarians, a hip hop soul collective that also unites a certain political conscience.

With “Heaven”, another love song from 2017, the tempo slows down, a welcome breath for the fever that is gradually taking over the room. Just before Sharkey flipped his cap on his head for “Stay,” the opener from his forthcoming album whose music video was released the same day and the story of a fleeting love, floating on a sea of ​​riffs from suave guitar and soft percussion, inspired by an encounter with a woman on a boat. A romantic ideal that he seems to pursue with the cool version of “Sara Smile” from the eponymous album by Hall & Oates in 1976. The showman reveals himself over the titles, smirking to convince lyrics, “won’t you smile a while for me”, before attacking the guitar notes gently, soon pulverized in the acceleration which galvanizes the end of the title. And the audience. The set ends with a cover of the mythical “Can’t Hide Love” by “Skip” Scarborough, traversed by a dozen modes and scales, aerial voice and mind-blowing guitar, when suddenly a sentence arises: “We’re lost inside this lonely game we play”. And each musician then consolidates the R&B groove of George Benson’s title “This Masquerade”.

The second set is even more relentless. The second track, “Pop My Toes”, comes from the first album, another variation of a romantic relationship with naughty allusions. Dressed in a sexy tank top, Sharkey continues to conquer the public. With the exception of a stunning guitar solo blues interlude, the other tracks are equally haunting legendary covers: Maze’s “I Can’t Get Over You”, James Taylor’s “Fire and Rain”, “Little Wing” by Jimi Hendrix, “Beautiful Ones” by Prince. The R&B jam, jazz, funk, superimposes the counterpoints triggering complicit smiles between the musicians, a singular, unique sound unfolds. The room, still full, now standing and as if drunk, easily pulls off the encores. Isaiah Sharkey chooses one of his titles “You” before switching to an experimental inspiration that swings from Herbie Hancock to Fela Kuti, Afrobeat where groove and activism gravitate. On these traces, the microphone held at a distance from the face, the song becomes hoarse then breath retracing the notes of an invisible sax. The sounds cross the space and seize the spirits. Flying man! “Are we talking about this concert?” asked the guardian of the temple, Casa, at the exit of the New Morning. The sentence pretty much sums up the historic level of Isaiah Sharkey and his band’s second visit to Paris in July 2022. Game open for the rest, this musician has the key!