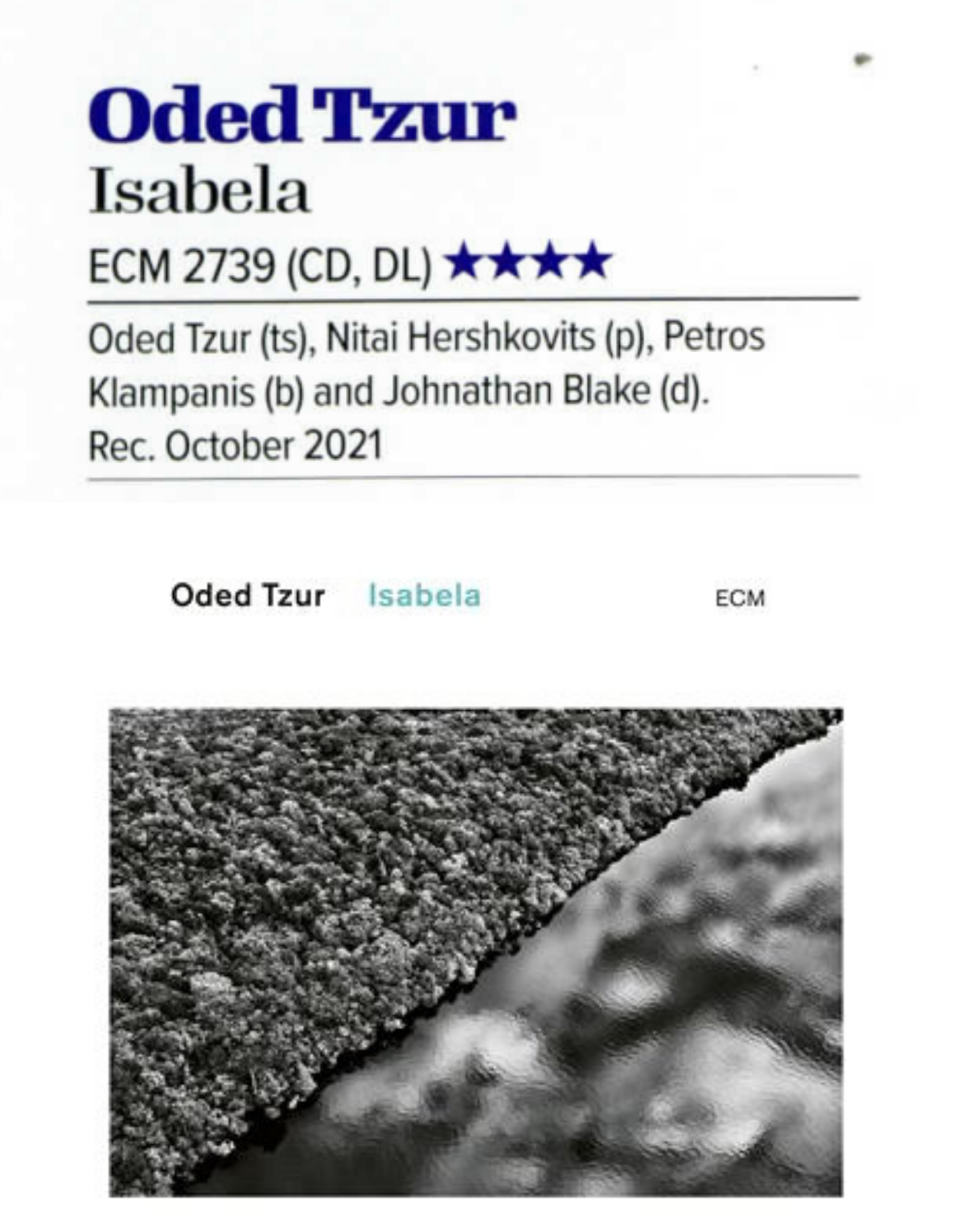 The album is not yet out that it is already a sensation! See you on May 13th:

“This is a bewitching session from the unique Tel Aviv-born improviser and composer Oded Tzur – a performer with a tenor saxophone sound as impressionistically recognisable as Jan Garbarek’s was when he first emerged in the early 1970s.
Like Garbarek, Tzur favours timbre and tonal nuance over postboppish loquacity, and also sheres the Norwegian’s interest in Indian classical music – developed in Tzur’s case by extensive study with the legendary bansuri flute master Hariprasad Chaurasia, whose sound he can echo with uncanny fidelity on the tenor.
Isabela deploys the same eloquent New York quartet lineup as on 2020’s ECM debut for Tzur, Here Be Dragons.
A Tzur-composed raga, minimally sketched in on the murmuring, rapturously-swelling opener, reappears in various guises throughout this suite-like five-part tracklist. Tzur’s tenor sounds less like a bansuri flute than a hybrid of a french horn’s warmth and a bassoon’s woody edginess on the yearning, faintly Charles Lloydish ‘Noam’, which also features an exquisitely free-floating Nitai Hershkovits piano solo in its time-suspended central section. “The Lion Turtle” is a folksily engaging dance over a rocking vamp, and the title track opens in a low-end tenor undertone against the most diaphanous of piano promptings – hypnotically maintaining that bewitched murmur for nearly eight minutes until Tzur anthemically raises his volume and emphasis as the piano ans Johnathan Blake’s cymbals swell.
A gem in the playbook of doing more with less, Isabela looks sure to push Oded Tzur’s already head-turning sound and sensibility way up the ratings.”