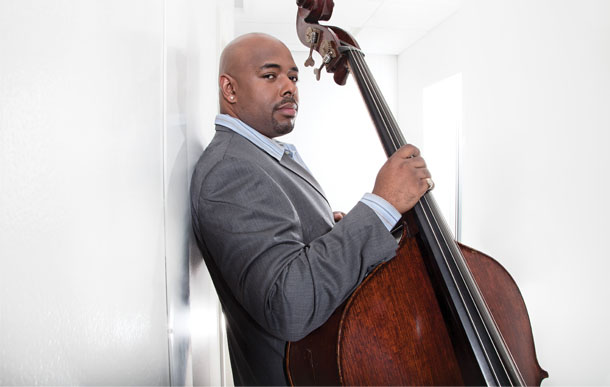 Christian McBride will be at the New Mornning (Paris) on March 16th 2016! Philadelphia-native bass player started his international career in the early 90’s, and quickly became one of the most demanded musicians of his generation (not only in Jazz). In addition to his collaborations withwith Joshua Redman, Freddie Hubbard, Pat Metheny or McCoy Tyner, one has also been able to see him performing alongside with pop stars like Paul McCartney, Sting and James Brown. From hardbop to funk, Chris McBride can play every kind of music!

He will perform on the Parisian stage with his trio (Christian Sands on piano and Ulysses Owens Jr. on drums), whose latest album “Live at the Village Vanguard” has been released in September.

You can already book your ticket by clicking on the following link: http://goo.gl/rsGlJY