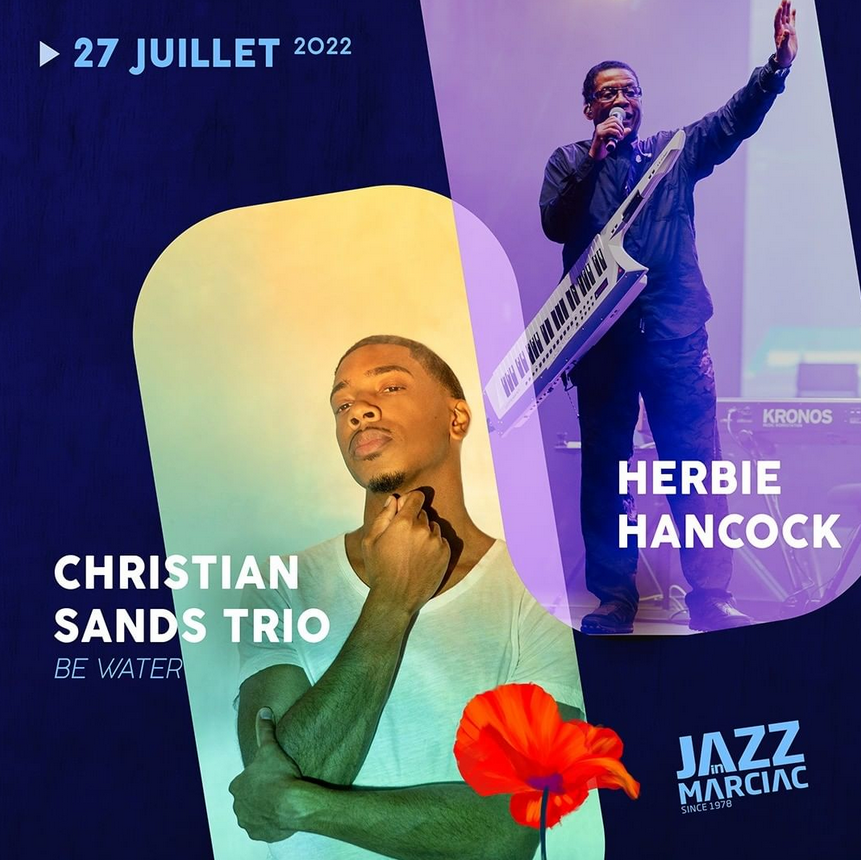 Herbie Hancock Now in the fifth decade of his professional life, Herbie Hancock remains where he’s always been: at the forefront of global culture, technology, business and music. As well as being recognized as a legendary pianist and composer, Herbie Hancock has been part of every popular music movement since the 1960s.
When he was a musician in the Miles Davis Quintet, which pioneered the a revolutionary sound and orientation in the field of jazz, he developed new approaches on his own recordings, then in the 70s – with revolutionary albums such as “Headhunters” – which combined electric jazz with the funk and rock, he brought an innovative style that continues to influence contemporary music to this day.

These albums “Rockit” and “Future Shock” marked the incursion of Herbie Hancock in electronic dance music and garnered him several chart-topping successes; during the same period, he also continued to work in a more acoustic framework with V.S.O.P., a group made up of former members of Miles Davis’ band: Wayne Shorter, Ron Carter and Tony Williams. Many of his compositions, including “Canteloupe Island”, “Maiden Voyage”, “Watermelon Man” and “Chameleon”, are modern standards that have had a profound impact on all styles of contemporary music.

Pianist prodigy twice nominated for the Grammy Awards, Christian Sands cultivates elegance and dexterity. Trained with Christian McBride and Gregory Porter, he has recently become the leader of an explosive, demanding, precise and inventive trio that renews the jazz piano genre with delicate notes inhabited by tradition and transcended by a thirst for modernity.

His music is influenced by a range of styles ranging from Afro-Cuban rhythms to hip-hop rhythms via the blues as evidenced by his discography: in 2017 “Reach”, his first album where he notably invites guitarist Gilad Hekselman and the saxophonist Marcus Strickland; in 2018 “Facing Dragons” with bassist Yasushi Nakamura and drummer Jérome Jennings, among others. After a two-year residency in Shanghai, Christian Sands released “Be Water” in 2020, inspired by martial arts icon Bruce Lee.
Christian Sands is one of the most talented pianists of his generation, he has an instrumental language that invokes the whole history of his instrument, while managing to remain very modern.