Marc Cary “Rhodes Ahead”: show in Paris on June 2nd, and Europe Tour… 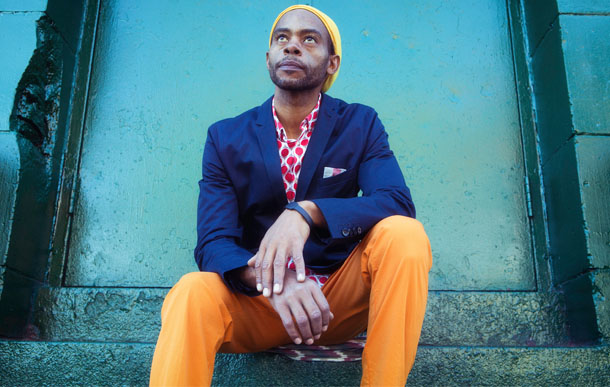 Following the release of his upcoming album “Rhodes Ahead Vol.2” (March 10th), Marc will be on tour across next Spring. Having released his first album as a leader 20 years ago, pianist Marc Cary, Abbey Lincoln’s former sideman (among others !), has always been renewing his own music from one album to the next one. Piano solo, trio, electric band: the New Yorker is mixing many influences and is able to play a very traditional jazz as well as the most innovating music.
Playing on stage with Rashaan Carter on bass and Sameer Gupta on drums and tabla, he will present a highly moder electric jazz, fed by hip hop, electro and world music. The tour will go through Paris (New Morning) on June 2nd; this show is not to be missed!